Steve went to China and Singapore in April of 2009. Click on any image to enlarge.

Haiping was a gracious tour guide at the Forbidden City.

WuMen, the entrance of the Forbidden City. The middle gate can be only passed by emperor himself. Left gate for his relatives and right gate for his employees.

At the Bird's Nest

Jason continued to host me in Chengdu as he ran Sun's 2009 China Education & Research Conference. His boss' boss Lin was the star of the show.

I had heard about Tai Chi in the parks, but I didn't expect aerobic and waltz dancing in open areas "on the street"

Dim sum & congee with fruit for breakfast. A fellow could get used to that.

Enjoyed a chair massage at the banquet that included ear cleaning. I have souvenirs.

Andres and his team were a pleasure to meet. After dinner we went for a team foot massage.

Andres & I visited the Sichuan Giant Panda Sanctuaries in the morning when the pandas are most active.

In the afternoon, Andres & I visited the Leshan Giant Buddha Park. We hiked through the park for hours climbing many steps.

These steps were steep and more fun to climb than to descend. 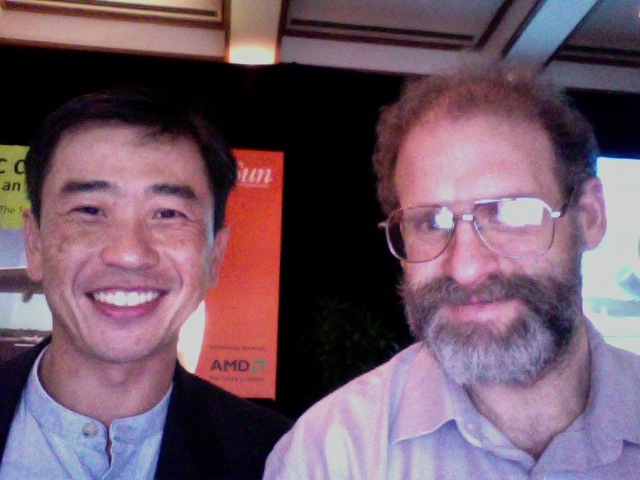 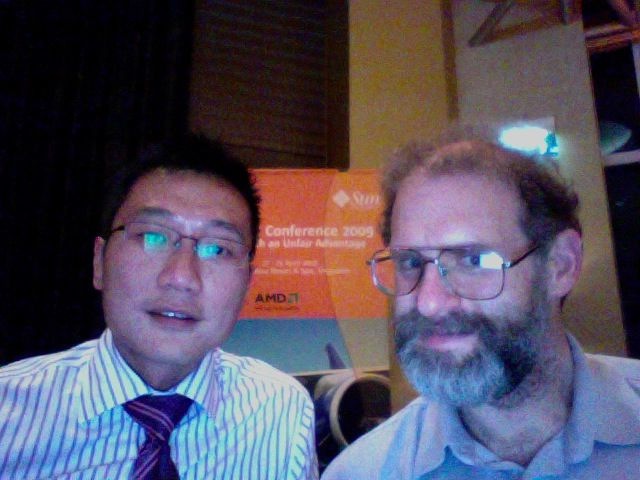 Simon & Chang Huong hosted the Singapore section of my trip. 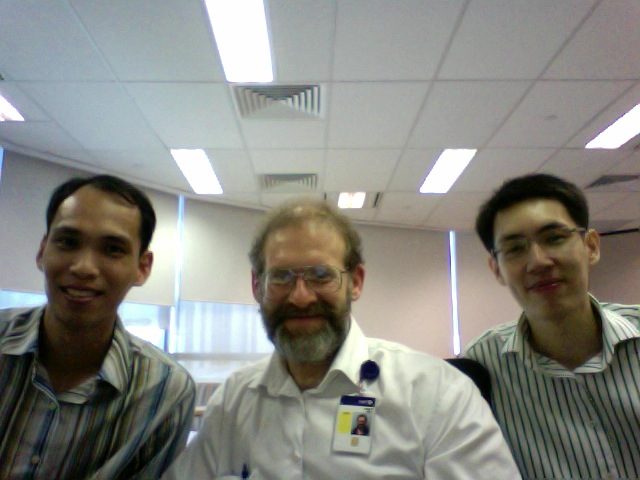 Che-Wing & Verdi took me to lunch in Singapore ... food very good, ah. Quite cheap, loh. Indian restaurant: Nasi cemak (coconut flavored fried rice) with mutton, ikan bilis (dried anchovies), veggies (spinach & cucumbers), and an egg. The most fascinating part: my two hosts ate with fork and spoon, with the spoon doubling as a knife. The also recommended mee soto and satay for later. 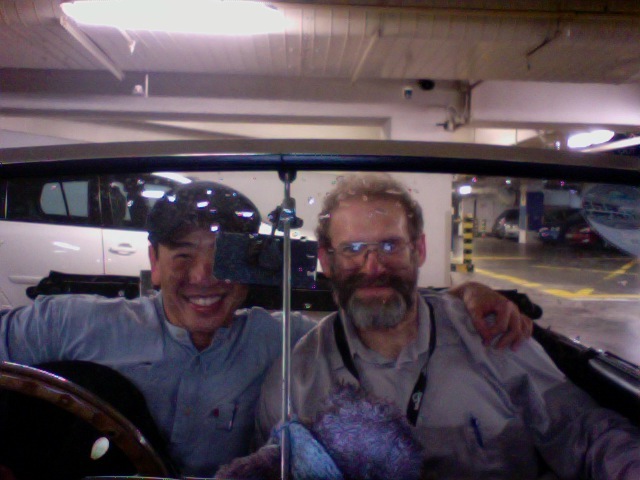 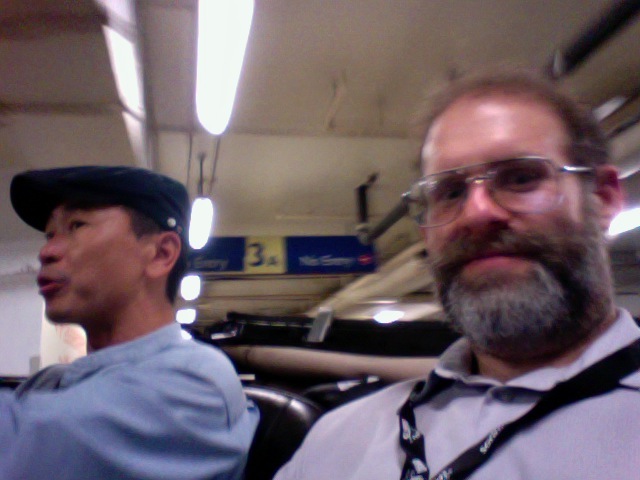 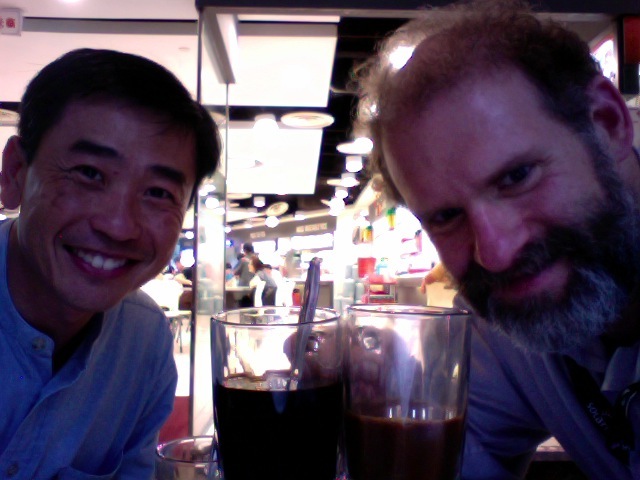 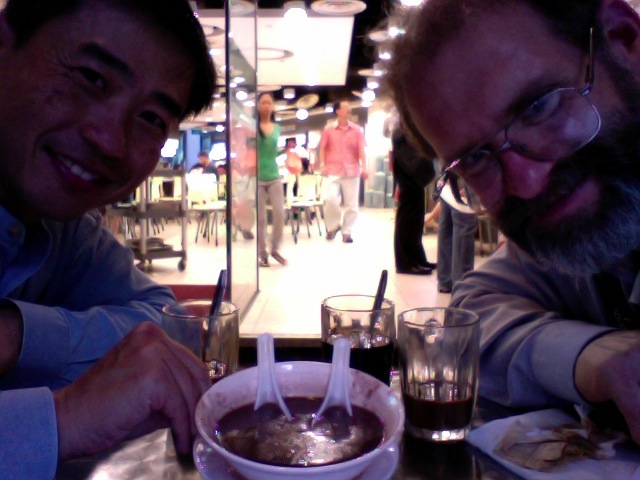 Kopi & kopi-O (coffee with condensed milk, and coffee black) was amazing. The coffee is roasted locally with butter. 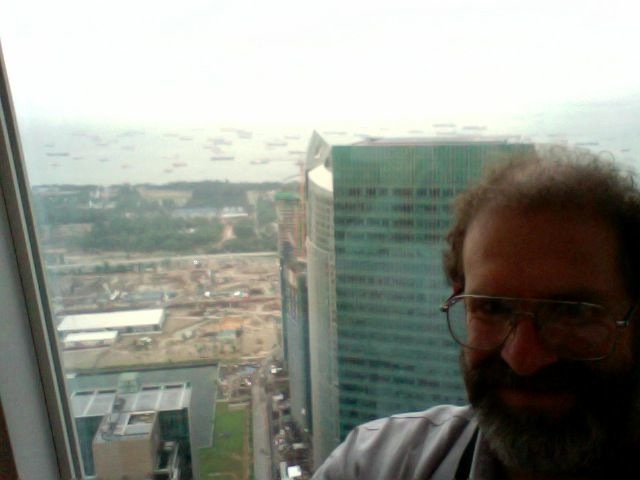 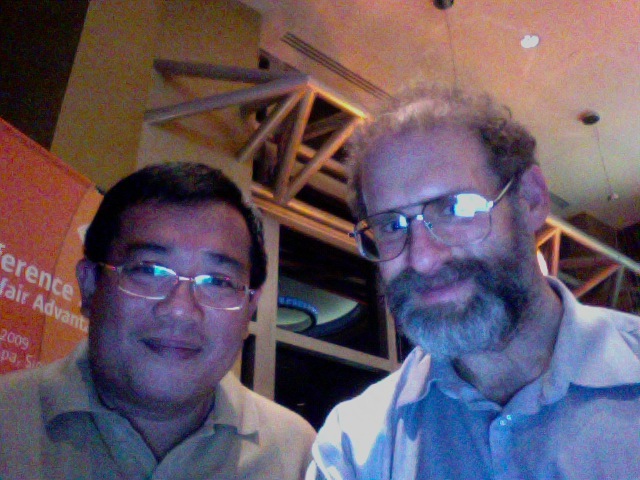 We had a final banquet at the 62nd floor Tower Club, where I met Prof. Putchong Uthayopas from Chulalongkorn University in Bangkok